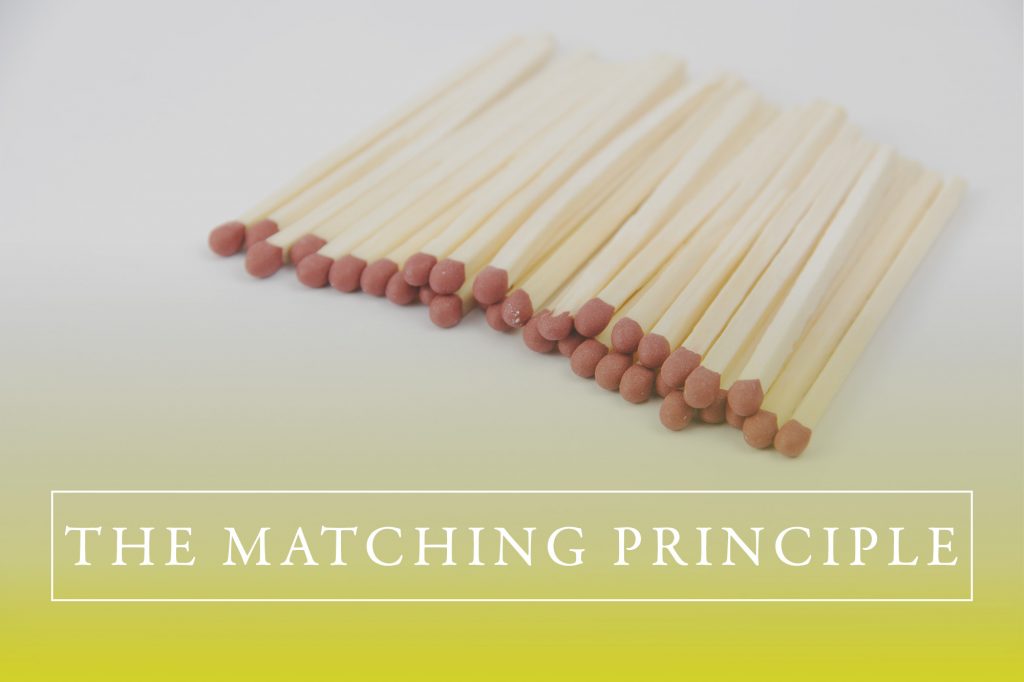 In finance and accounting, there’s a principle called “the matching principle”. In the 15th Century, an Italian Franciscan friar named Luca Pacioli was the first scholar to publish a detailed explanation of what became known as “double-entry bookkeeping”, which is the underpinning of modern accounting. While double-entry accounting was probably invented by Jewish bankers in Cairo sometime before the 11th Century, it was Pacioli who codified the system in his mathematics textbook, Summa de arithmetica, geometria, proportioni et proportionalita, published in 1494. Pacioli was hired a couple of years later by the duke Ludovico Sforza in Milan to teach math to Leonardo da Vinci. Pacioli became Leonardo’s roommate until around 1506. Make of that what you will.

The basic idea of double-entry bookkeeping is that accounting entries always affect two accounts – for example, if a company buys a new truck by borrowing money, it adds the cost of the truck to its listing of assets and. at the same time, adds the amount borrowed to its listing of debt.

So you’re saying “OK, that’s interesting, but what the heck does this have to do with matching?”

Let me explain: if a company buys a new truck, the general rule of thumb is that it will last around 5 to 7 years. This is the reasoning behind assigning a depreciable life to the truck of 5 years (in most cases). Consider this question: if the truck is expected to last 5 years, does it make any sense to borrow money to purchase the truck if the loan term is 30 years? At its most simplistic level, this would leave the company paying for the truck for 25 years after the truck had been retired. Financially this is considered unsound because the economic benefit of buying the truck should allow the truck to pay for itself over its useful life. Said another way, if the truck cannot be expected to provide economic benefits over its useful life so that it can pay for itself, the business shouldn’t buy the truck.

Let’s use a different example – let’s say someone is considering buying photovoltaic solar cells to install on the roof of her home. Assume the solar cells are expected to last 15 years. Let’s say the homeowner would pay for the solar cells using a 15 year second mortgage on the property. The matching principle is met here because the debt to purchase the equipment is equal to the life of the solar cells. This allows the homeowner to easily calculate whether this is a good decision or not by simply comparing (using the various assumptions about electric rates, amount of electricity generated by the solar cells, etc) the savings in energy costs over the 15 years to the 15 years of loan payments (remember that this is a simple example and ignores several factors such as the time value of money calculations that would be necessary in a full blown evaluation – for these illustrative purposes today it is adequate). If the energy savings is greater than the loan payments, the purchase is wise. If the energy savings is less than the loan payments, the homeowner is better off saving the money for something else – maybe the cost of PV solar cells will eventually drop to the point that the installation makes economic sense.

Conclusion: remember the matching principle when considering purchases that will involve debt – the expected life of the asset should match (or exceed) the term of the debt.