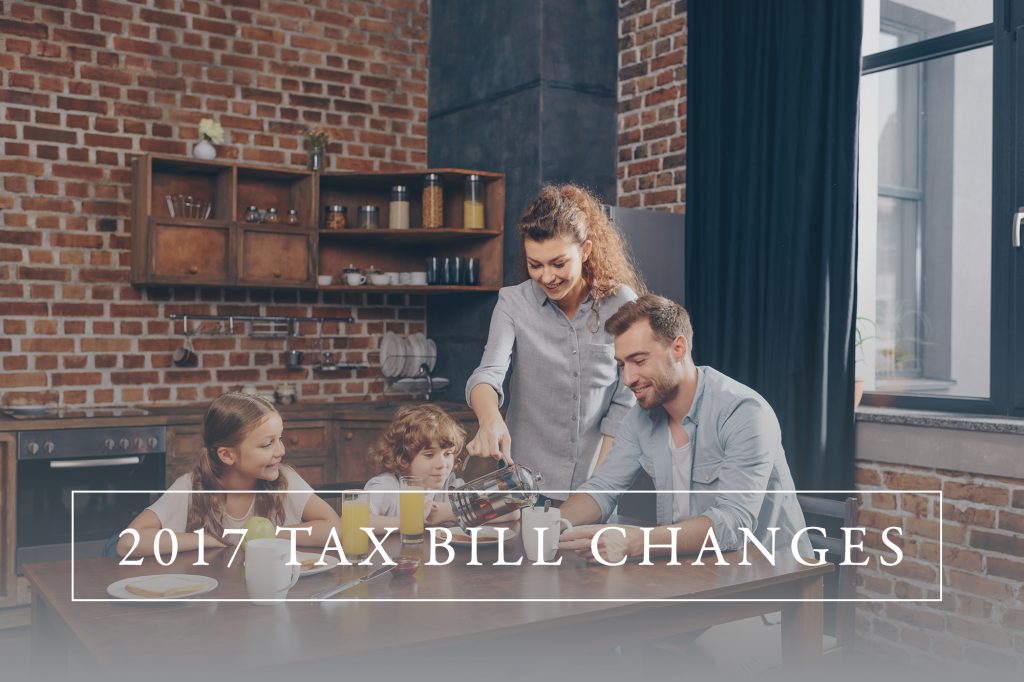 This will be the first in a series of short articles about the effects of the 2017 Tax Act on individuals.

As you can see from the chart, the standard deductions are nearly doubled for years after 2017 (one caveat – most of the changes in the 2017 tax bill are scheduled to sunset after 2025).

Changes to the Child Tax Credit

The Child Tax Credit was increased from $1,000 per eligible child to $2,000 for years after 2017. As mentioned above, this is a direct tax credit and not a deduction, so the $1,000 increase in the credit actually means a full $1,000 decrease in the tax liability of the taxpayer.

What does it all mean

There are numerous articles you’ll find around the web with examples for various family scenarios plus a few online calculators where you can plug in your own facts to see roughly how the changes will impact you.

In running various tax plans for clients for 2018, what we’ve seen is that most individuals will see at least some tax benefit from the new tax rules. That said, it’s also easy to construct scenarios where an individual’s tax bill will be higher – single people with upper middle class or higher income and significant state tax deductions either from high property tax bills or state income taxes or both may see a tax increase. [The impact of the loss of an itemized deduction for state taxes will be covered soon in a separate article.]