0
How Long Should I Retain Records?
01 February 2019
January 10, 2019 by Rob Thesman in Charitable contributions 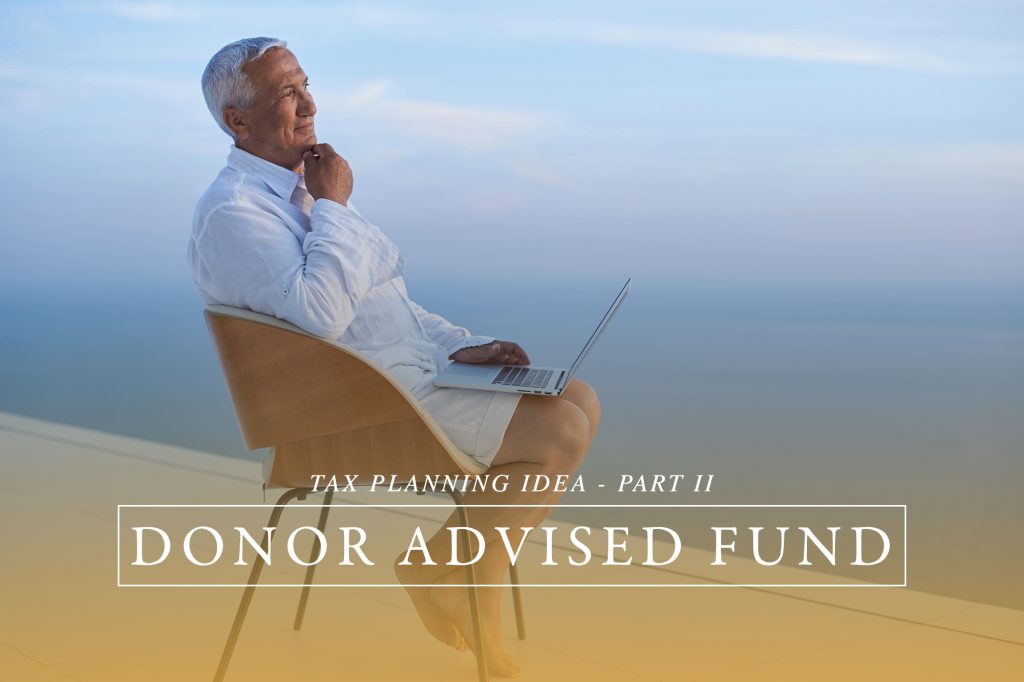 This the second in a series of blog posts about Donor Advised Fund (“DAF”) charitable contributions. In the interest of keeping these posts more bite-sized, each post will cover a few topics related to DAF contributions.

Several types of property can be contributed to DAF accounts, depending on the rules set up by the brokerage firm an account is set up, donors can contribute cash and marketable securities. In addition, some brokerage firms allow contributions of nonpublic business interests, private equity ownership stakes, restricted stock units, appreciated real property, precious metals, and other assets – however, the discussion of those types of contributions is beyond the scope of this post.

As an example: assume former Senator Blutarsky holds 1,000 shares in Cheap Textbooks, Inc., a publicly traded company which publishes inaccurate histories of WW II. When he was in the senate, Blutarsky acquired the shares on a tip for $10 per share shortly before the company was awarded a contract requiring its textbooks be used in any public school. He has held the shares for five years and the market value of the stock is now $200 per share. If Blutarsky sold the shares, he would recognize a long-term capital gain of $190,000. That gain would be subject to a capital gains and investment tax of up to 23.8%, leaving $154,780 in cash. If the senator and his wife had a commitment to fund a charitable donation currently of $200,000 to a charitable group researching the salubrious effects of beer on national politics, the couple would have to use an additional $45,220 from other sources to satisfy that charitable commitment.

Assume instead that the Butarsky’s donated the 1,000 shares of Cheap Textbooks to their newly set up DAF. The DAF would sell the shares for $200,000 and the donate the entire proceeds to the group doing this important research. The Blutarkys would properly take a charitable donation deduction of the full $200,000 value of the donated stock without having to recognize any capital gain on the disposition of the stock.

Timing of the contribution

One area of confusion regarding DAFs is when the contribution occurs. The donation giving rise to the deduction is the contribution to the DAF, not the DAF’s subsequent grant to the ultimate charitable recipient.

Which raises another important consideration for anyone thinking about funding their own DAF – the donation to the DAF is irrevocable. Taxpayers cannot later change their minds and undo the contribution. While the DAF you set up may appear on your account summary at the brokerage firm, it’s not your money any more. Granted, you control where the money eventually goes, but grants from the DAF are limited to charitable organizations. A donor could not, three years later withdraw funds for personal use or even direct the DAF to distribute money to a grandchild for college tuition. By setting up a DAF, you are creating a separate legal entity, one that has a limited purpose: its assets can only be used for charitable purposes.

Contributions to DAF accounts are subject to the normal rules that put a cap on annual deductions for charitable purposes. Contributions of cash are limited to a cap of 60% of the taxpayer’s Adjusted Gross Income for the year (recently increased from 50% of AGI). Contributions of appreciated marketable securities (like the Blutarsky’s stock) are generally subject to a separate limitation of 30% of AGI. [Technically you can avoid the 30% limitation if you agree to reduce the value of the contribution by the long-term gain you’d have realized if you’d instead sold the stock – in the interest of simplicity, illustrations of when this might be advantageous aren’t covered here.]

Any current deductions in excess of the caps are carried over and available in subsequent years for up to five years. Note that the carryforward deductions are subject to whatever limitations apply in those future years. Also note that if a charitable deduction is carried forward, it may fall into a year in which you are taking the standard deduction and yield no tax benefit – the lesson here is to carefully plan the amount of donations to DAFs (and other charitable contributions) so that carryovers are avoided or planned for).

After taxpayers reach 70 ½, IRA rules require that they start taking Required Minimum Distributions (“RMDs”) from the accounts. [Different rules apply to Roth IRA accounts.] The distributions may be required earlier for some IRAs, like IRAs that are inherited from someone else. RMDs are supposed to generally insure that IRAs are distributed during a beneficiary’s lifetime.

RMDs can be set up as a direct donation to a charity – doing this avoids the beneficiary having to include the RMD in taxable income for the year. The tradeoff is that since the taxpayer generally has no tax basis in the IRA, no tax deduction is available for distributions to the charity.

Sounds awesome, you say, can we do this by directly transferring an RMD to a Donor Advised Fund? The short answer is no, RMDs can only be transferred to an operating charity (think of that as the final recipient of the donation) and not a DAF. A detailed answer would involve having to explain completed gifts versus incomplete gifts and would be boring to all but the nerdiest of tax otaku.

As always, let us know via e-mail if you have questions.